Are there areas of your life you’re working to change?

We needed new furniture. The set my husband and I had had for several years was in dire need of retirement. When guests would come over and sit on our couch or big, comfy chair, I worried they may not be able to get back up due to the years of use those cushions had endured.

Tip #1: Accept that often, prioritizing change is a process.

I brought up the need for new furniture last summer, but it became one of those topics that got brushed under the rug. We had ball games to watch, grandkids to push on the swings, and summer evenings—and summer drinks—to enjoy on our deck.

As summer turned to fall and winter began rearing its ugly head, I brought up the furniture topic again and was met with the best response any husband could give. “Sure; let’s do it. I’ll go with you, but this is something that’s important to you so whatever you like is what we’ll get. I’m happy when you’re happy.” Smart guy, right?

We ventured out on Black Friday to get the best furniture deal we could, and I easily chose our new set. Before we finalized the purchase, though, we checked out a couple other furniture stores and then went out for lunch.

I noticed my husband was sticking with his plan of “whatever Tracy wants,” but he had also chimed in with a few comments during the morning shopping spree. The set I was sold on didn’t have an ottoman with the chair. “I think we’ll miss that,” he said. I also heard, “That’s the color you wanted to get?” and “I wonder if we should wait until after the holidays.”

Tip #2: Recognize you can be confident in your choice for change and still unsure of the results.

He and I figured out long ago that he is someone who plans and researches and plans some more while I’m more spontaneous. When I know what I want and see what I want, I get it. Over lunch I told him the set we saw at the first store was the one I wanted. I didn’t want to wait until the new year to get it, and I’d figure out the ottoman thing (because he was spot-on with that comment).

We bought the new furniture, and he picked it up a few days later. In that gap before the new furniture arrived, I reveled in what it would be like to sit on furniture with new cushions that weren’t worn out and how it would feel when guests came over, and I was no longer worried about losing them in those cushions. My husband brought the furniture into the house, installed the legs, and set it up in our living room. It looked just like I thought it would, and I felt the same excitement I did the year Santa brought me my Crumpet doll for Christmas (look it up; she was the best).

Then I sat on the furniture. Instead of thoughts like Yes! Exactly what I wanted, I had thoughts like, Ugh… this is firm. Like, really firm. And not all that comfortable. Uh oh. What did I do?

We’ve had the furniture for several weeks now, and I’m embracing it more with each week that passes. It’s still the set I want, and I love the way it looks in our living room. My initial reaction when I sat on it, though, made me think of change and how it affects most people.

I knew the change I wanted—new furniture. When I brought it up in the summer months and we didn’t follow through, I didn’t stop wanting it. I put it on the back burner and then went right back to it a few months later.

When my husband voiced some opinions about the ottoman, the color, the timing of the purchase—obstacles that could have gotten in the way—I didn’t waver. I knew exactly what I wanted. Until I got it. Once I had it, I wasn’t sure I wanted it anymore. That change I was so committed to—a living room with nice, new furniture—had lost a bit of its luster. Maybe I should have just kept the old stuff.

And that is change.

Think of the changes you’ve worked to implement. You likely began at least some of them at the start of a year (or decade as we’re experiencing now).

Excitement is high when we get started, but then January turns into February, and that new habit, change, or routine doesn’t seem as shiny and cool.

For a short time I doubted my decision to buy our new furniture. We were fine for years with our last set. Then I tapped into commitment to my goal of new furniture and gratitude for being able to get it.

For bigger, more important changes—like a new job, a new relationship or the end of an old one, healthier eating, or increased exercising—our commitment must remain even when the luster diminishes.

The uncomfortable feeling will show up. We’ll ask ourselves why we ever decided to do “the thing,” whatever that thing is. We’ll want to revert back to the old way of doing it. Even when it’s not in our best interest, the old way feels comfortable and familiar.

When our brain tries to talk us out of the change we’re working on, we must remind ourselves of our “why” for making that change. What do we gain by moving forward into uncharted territory? Who do we become in the process? Our new furniture provided the outcome I wanted. We haven’t lost any guests in our new couch cushions. Those big changes we’re working on in this new year, though? The results of staying committed to making those changes will take us to even greater new heights.

Here’s to a successful year—and decade—of positive, lasting changes! Want some help to stay committed to your goals for the year? Ready to make a big change but don’t know how to get started? I can help. 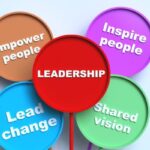