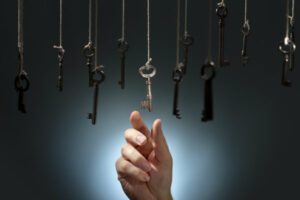 A man is called into his boss’s office where he is ceremoniously told his 17 years with the company are much appreciated, but his employment is coming to an end due to a reduction in force.

A girl is called out of her 7th-grade science class so her mom can share the news that her dad was killed by a drunk driver on his way to work that morning.

A seasoned professional who is reaping the rewards of his career success gets the results of his recent medical tests, and he doesn’t get the news he was hoping for.

A young woman in her first year of college reads the + sign on her pregnancy test.

What do all of these people have in common? They’ve all found themselves in a situation they never would have chosen. And they all have a choice in how they handle it.  END_OF_DOCUMENT_TOKEN_TO_BE_REPLACED 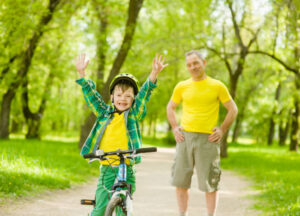 How old were you when you learned to ride a bike? Four, five, six, or seven-years-old? I think I was five or six when my older brother and sisters began working with me day after day after day.

The process was simple: I’d get on the bike, and they’d run along beside me while holding the back of my seat. I’d scream from fear as I did my best to fall onto the soft grass rather than on the sidewalk. I’d get up, and we’d start the process all over again the next day.  END_OF_DOCUMENT_TOKEN_TO_BE_REPLACED 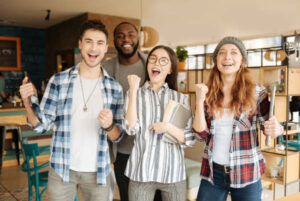 As we turn the calendar page to a new year, many of us are motivated by the clean-slate feeling that a new year brings. We get caught up in how this year will be different than the last. We’ll eat healthier; go to the gym more frequently; learn new skills to help us in our work roles; and finally understand the new technology in our own homes (thanks to our kids who explain it to us!).

With that high level of motivation, though, how often do we think about sharpening our soft skills?  END_OF_DOCUMENT_TOKEN_TO_BE_REPLACED

A New Year with Less Clutter

A new year. A fresh start. It seems January is the one month of the year we all agree to set ourselves up for success in the year ahead. We wipe the slate clean and energetically jump into the new year with resolutions and goals to achieve.

That energy? It doesn’t last long. The clutter we tried to manage in the prior year somehow finds its way into the new year. Before we know it, we’re back to doing everything the way we used to, the way that feels comfortable and easy. It’s also the way that doesn’t help us achieve what it is we most want in life.  END_OF_DOCUMENT_TOKEN_TO_BE_REPLACED 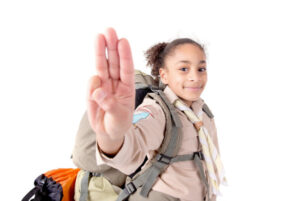 A Solemn Oath for a Girl

On my honor, I will try:
To serve God and my country,
To help people at all times,
And to live by the Girl Scout Law

I remember reciting this pledge to kick off each Girl Scout meeting many years ago when I was learning to cook, sew, and provide childcare all in an attempt to earn those badges for my sash. I hadn’t thought about those scouting years in decades, but tucked inside a goodie bag I received at a networking event last month was a Girl Scout bookmark that really got me thinking. Right at the top of the bookmark, I read “DNA of a G.I.R.L.: She’s a go-getter, innovator, risk-taker, leader!”  END_OF_DOCUMENT_TOKEN_TO_BE_REPLACED 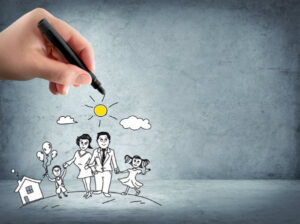 Your Most Prized Possession

If someone were to ask you what is your most prized possession, what would your answer be? And is your answer today different than what it would have been earlier in life? As we move through the stages of life, we change, grow, and learn, and what’s important in one stage of life might not mean much to us a decade—or two or three—later.  END_OF_DOCUMENT_TOKEN_TO_BE_REPLACED 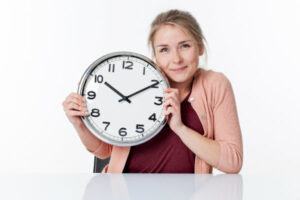 Is time your friend?

“Time management is an oxymoron. Time is beyond our control, and the clock keeps ticking regardless of how we lead our lives. Priority management is the answer to maximizing the time we have.”

Last month we got the discussion rolling about how time actually CAN be our friend. Now it’s time to discuss how to take those many, many responsibilities that seem to end up on our plate each day and prioritize them. And since we’re thinking about those overstuffed plates, let’s fill them with healthy fare by making a priority management salad.  END_OF_DOCUMENT_TOKEN_TO_BE_REPLACED 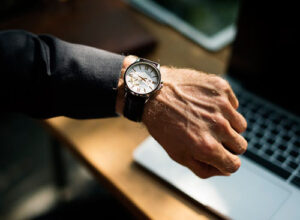 Time is Your Friend

Imagine you are holding $86,400 right now. Quite a chunk of change, right? What if you could actually receive that chunk of change—$86,400—every day for the rest of your life with just one stipulation? You must use ALL of the money every single day. Would you jump at the challenge of spending that money freely and entirely?  END_OF_DOCUMENT_TOKEN_TO_BE_REPLACED 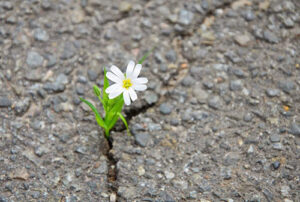 The Road to Greater Resilience

I stood on my tiptoes and reached for the familiar black box, the box that had ‘lived’ in our laundry room cabinet for the past 20 years. The clippers inside the box were used countless times over those years to give my two sons their summer haircuts- the kind that don’t require a comb for the months of June, July, and August!

END_OF_DOCUMENT_TOKEN_TO_BE_REPLACED 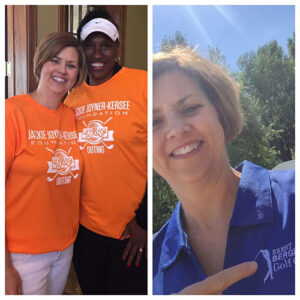 Bogey. Birdie. Eagle. Common words for any avid golfer to hear and say. I wish I could say that’s how I know those words, but I am not a skilled golfer. I did, however, grow up under one’s guidance. My dad, the father of eight children, stayed active (and maybe saved his sanity!) by golfing regularly with a group of friends. I was the child who spent less time on the golf course than I did swimming in the club’s pool while Dad tried to beat his score from the prior week.

END_OF_DOCUMENT_TOKEN_TO_BE_REPLACED 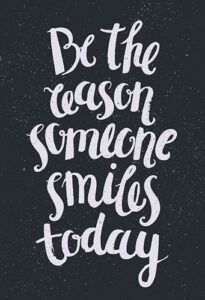 Be Kind to One Another

It seemed to happen in slow motion, and yet I couldn’t find a reasonable solution in the moment. I was in a busy airport refilling my water bottle at the fountain. I heard a loud voice but couldn’t be sure whether it was coming from someone being loud and fun or loud and mean. In fact, I couldn’t even find the source of the booming voice for a few seconds. Airports are full of people jetting off to exotic vacations, and sometimes the boisterous voices I hear are simply those of friends and family members who are excited to be escaping the stresses of real life for a while.

END_OF_DOCUMENT_TOKEN_TO_BE_REPLACED 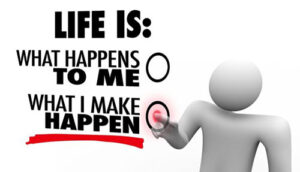 What is it that makes you ‘tick’? What is your passion? What were you made to do?

END_OF_DOCUMENT_TOKEN_TO_BE_REPLACED 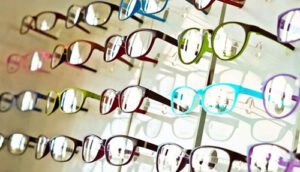 Getting a Different, Better, Clearer ‘Lens’

When I think of my career, I often wonder if I should make the word plural. Is it still called a career when you have ‘shifted gears’ and worked in vastly different industries (more than once, by the way), or is that when you switch to describing your professional history as careers? Regardless of the most correct terminology, I am continually amazed at the clarity I gain as I work my way further and further into my years as a professional.

END_OF_DOCUMENT_TOKEN_TO_BE_REPLACED 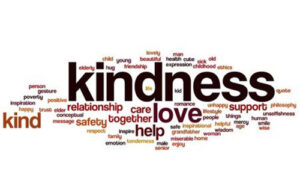 Tap, tap, tap, tap… fingers tapping away on keyboards. Business calls happening all around: “We’ll need to meet on that later this week. Can you do Friday?” And what’s that smell? Ah, yes—the delectable smell of buttery soft pretzels. It was just a typical day at the airport while I waited for my flight to board. And right about the time I noticed the normalcy of it all, the crying began.

END_OF_DOCUMENT_TOKEN_TO_BE_REPLACED 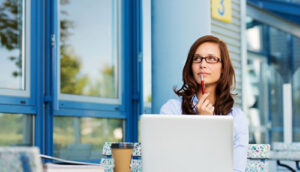 Sing along with me if you remember the classic song “Already Gone” by the Eagles: “So often times it happens that we live our lives in chains, and we never even know we have the key.”

Who knew back when we were REALLY singing that song the utter truth of those simple words? We’ve all heard of accountability, right? We know what an important trait it is to have. And yet, when we tune in to the actual definition—Accountability: a personal choice to rise above one’s circumstances and demonstrate the ownership necessary for achieving desired results—do we really strive to project that trait each and every day? Or are we simply “living our lives in chains”?

END_OF_DOCUMENT_TOKEN_TO_BE_REPLACED 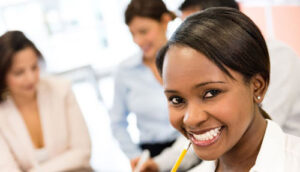 We All Need the Same Basic Things

Having a ‘mixed bag’ of a career has been one of my greatest blessings in life. I taught eight-, nine-, and ten-year-olds for more than a decade and then spent the same amount of time with adults working in the legal industry in corporate America. I’m often asked by new acquaintances how I could have succeeded in two such different roles. They’re surprised to hear how very similar those roles actually were.

END_OF_DOCUMENT_TOKEN_TO_BE_REPLACED 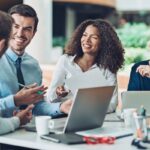 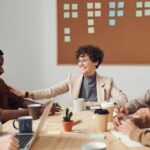