You’re working on changing your story.

You’ve put in the work and taken all the action you should take. But you’re still not getting the results you want.

What do I do now?

You’re not alone. This is one of the most frequent statements coaches hear from their clients. The client hires the coach to accomplish a goal, achieve a milestone, or realize a result; she invests time and money in that coach; she does all the things; and she spins out when those things don’t produce the desired result.

You might be asking yourself, what am I doing wrong?

Let’s talk about your goal and your progress so far. 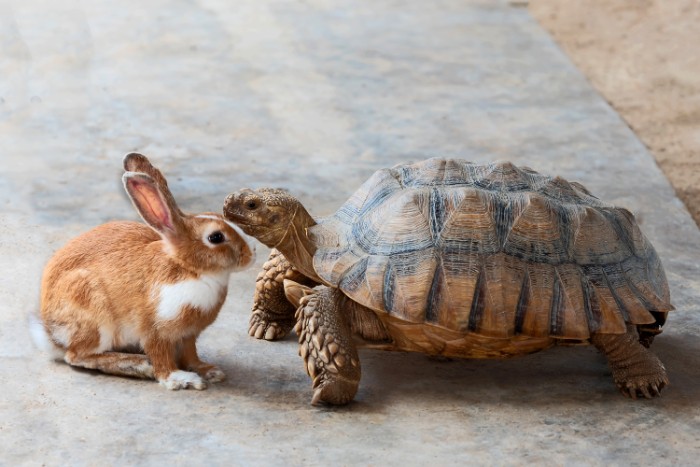 Each time I hear that common statement (and let’s be honest—each time I tell my own coach the same thing), I am reminded of Aesop’s fable The Tortoise and the Hare. In that fable, the moral of the story is that slow and steady wins the race. In my experience as a coach and woman who hires and works with my own coaches, I see that tortoise and hare and add a bit of a twist to the story.

To make that twist more real and applicable to your situation, take a moment and think of one goal or result you’re currently working to achieve. Now follow these steps:

Now let’s discuss that twist on the tortoise and the hare.

We all know the tortoise wins the race in the fable because he steadily works toward his goal of getting to the finish line. The tortoises I know, though, are avoiders. They duck their head inside their shell and often hide when they feel their ideas aren’t yet perfect and, therefore, ready for public consumption. They tend to follow preset rules even when those rules don’t serve them well in their quest for goal achievement. They accept the old “this is how we’ve always done it” adage—whether that comes from others or themselves—without pushing through that premise to fully explore why doing things differently might be better. They prefer the comfort of keeping things safe and familiar.

Tortoises are skilled with people pleasing—putting others’ needs above their own—thus making it more difficult to achieve what they set out to do. Essentially, tortoises operate under fear. They hold in their thoughts, ideas, and emotions and risk an eventual crash-and-burn because of it. Tortoises often create everything needed for their goal achievement, but then are too nervous and fearful to share it with the world.

At the opposite end of the spectrum are hares. They tend to take action from a frantic mindset. Hares aren’t just doers; they’re doers swigging never-ending energy drinks. They scurry through action lists like they’re a race to be won. They follow to-do list after to-do list with an “I must get this all done now” mentality.

Hares show up at work even through illnesses that would typically keep others at home. They work right through those ailments and tend to get sick more often than most because of their strong belief that there is too much to do to take time to rest. Hares enjoy doing things their own way but then can feel hurt when others don’t acknowledge how hard they’re working to achieve a goal. Hares do things so quickly they often push their ideas out into the world before they’re fully formed and ready to go. And when those ideas fail, hares just keep pushing themselves harder for it is the push that they believe will get them what they want.

Perhaps you’re neither the tortoise nor the hare.

Let’s go back to that list of actions you compiled under the goal you want to achieve. After hearing the descriptions of the tortoise and the hare, where do you see yourself? When you’re telling yourself you’re doing everything you’re supposed to, everything that should be getting you to your goal but you’re still not there, are you being a tortoise or a hare? I have a feeling at least some of you will see a bit of yourself in both descriptions. Never fear; I have an animal equivalent for that, too.

The ostrich is an animal who can move quite fast—just like hares—but will also bury its head in the sand when it’s fearful of what’s coming at it. Clients I’ve worked with who function in ostrich mode bounce back and forth between doing it all with no breaks whatsoever—like the hare—and holding back and hiding from the world when things aren’t going perfectly—like the tortoise.

It’s confusing and torturous and reminds me of the first time I tried to maneuver a bumper car. I didn’t yet know how to drive a car, so balancing the pedal in the bumper car along with the steering wheel while also trying to avoid getting slammed by oncoming cars made it quite a harrowing experience.

Be honest with yourself.

Needless to say, being an ostrich when working toward goal achievement is no better than showing up as a tortoise or a hare. We’re lying to ourselves and others when we say we’re doing everything needed to get the result we want but don’t yet have. It’s a harsh reality but is indeed the truth. So what’s the solution to moving away from being a tortoise, hare, or ostrich and actually getting what we want?

Step one is awareness.

We have to know what actions we’re actually taking and how we’re showing up as we take those actions.

Stay tuned next month. We’ll move from awareness to application so you can show up as the authentic person you are, the person who takes the needed actions to accomplish that great goal you’ve created for yourself.

Do you want to learn more about rewriting your story? Connect with Tracy on Facebook or talk with her directly. 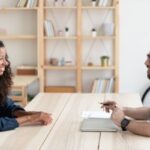 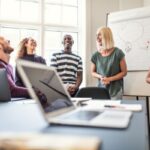