Tap, tap, tap, tap… fingers tapping away on keyboards. Business calls happening all around: “We’ll need to meet on that later this week. Can you do Friday?” And what’s that smell? Ah, yes—the delectable smell of buttery soft pretzels. It was just a typical day at the airport while I waited for my flight to board. And right about the time I noticed the normalcy of it all, the crying began. 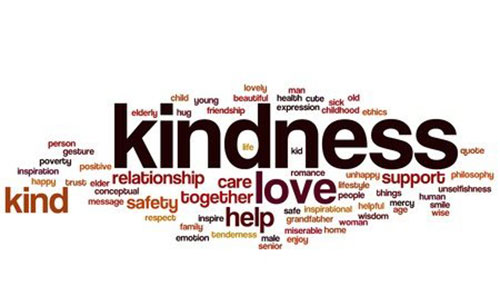 First it was soft, a whimper. Then it got progressively louder and was coupled with flailing arms, foot stomps, and yelling. The culprit? A young boy who looked to be about three years old. His mom, talking on her phone, tried to settle his older brother (with the dreaded Mom Look) who was fidgeting in his seat. Unfortunately, the Look wasn’t working for either boy.

I turned back to my laptop and continued on with the work that needed to be complete by the time my flight landed. Before I knew it, both boys were crying; the younger one was still yelling loudly; and their mom—still on her phone.

I watched with interest the reactions of others in the area. Dirty looks, shaking heads, nervous fidgeting, attempted ignoring—I saw it all. I made eye contact with the older boy who had begun wailing to his mom, “But I didn’t do anything! Why am I in trouble?” A smile from me to him was my weak attempt to help, but it brought no closure and no resolution to the situation.

Over all the ruckus, the gate agent announced our gate had changed. Amongst the heavy sighs and complaining of most of the group, I decided to take action. I walked over to the overwhelmed mom. “Wow. My kids are grown now, but I remember how challenging it was to travel with them when they were young. You must be wiped out. Can I help? I’m happy to carry these bags to Gate 20 if you’d like.” And that’s when things started to turn around. The woman’s tense, defensive body language became softer; it became appreciative; it became welcoming. She accepted my offer, and we talked on the way to our gate. I learned this was the second of three flights for them that day, and her two boys—eight- and three-years-old—had been up since very early that morning. She was heading to work the next day; the boys were going to school the next day; and they still had two-thirds of their trip ahead of them.

When we got to our gate, I pulled out a deck of cards and asked the boys if they ever played. Their eyes perked up, and grins spread across their faces. And then we began a crazy fun game of Go Fish.

Enjoying the Benefits of Kindness

As my group number was called to board the flight, the woman returned my cards to me and gave me a sincere thank you. While in flight, I thought about my perspective of what had happened at the airport. Was I anxious about getting my work done before I met with my client? Yes. Did I need a quiet atmosphere in order to do my best work? Yes. Did the boys’ behavior make it difficult for me to accomplish that? Yes. Did I have a choice in how I handled the situation? Again, yes.

We all know the only things we can control are our own thoughts and actions. On that day, I saw a haggard mom in the Court of Public Opinion. I knew I couldn’t control that, but I could control my actions toward her and her sons. The funny thing is, my client meeting went even better than expected, and I have a feeling that an impromptu game of Go Fish had something to do with that.

Be kind to others when they need it most. It’s amazing how mutually beneficial that simple act can be.

This article by Tracy Bianco first appeared on LinkedIn Pulse.